Indian made officer’s Service Dress with white metal plain buttons associated with cavalry units, Major’s rank crowns and wm shoulder titles, IAC. Ribbons for 39-45 and Burma Stars, with Defence Medal above left pocket. To each sleeve local made insignia for 17th Indian Infantry Division. 18th Cavalry we’re attached to this division in 1945. In the pocket there is a theatre ticket for London in... read more 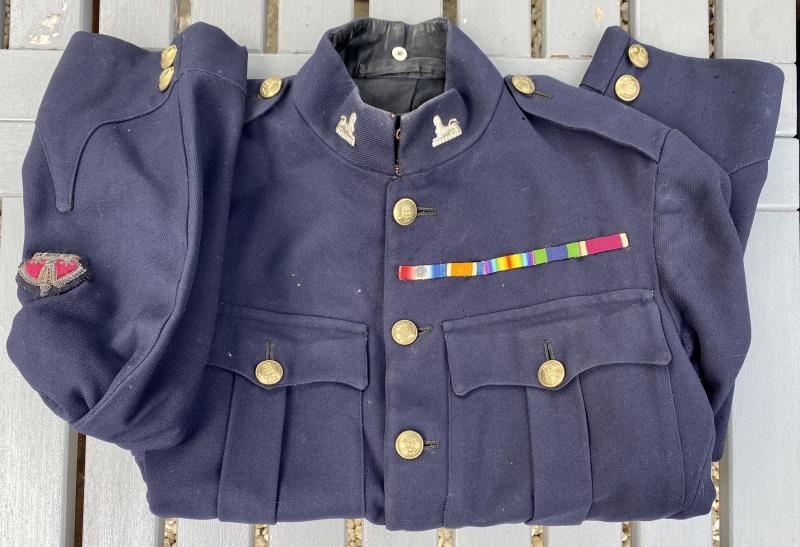 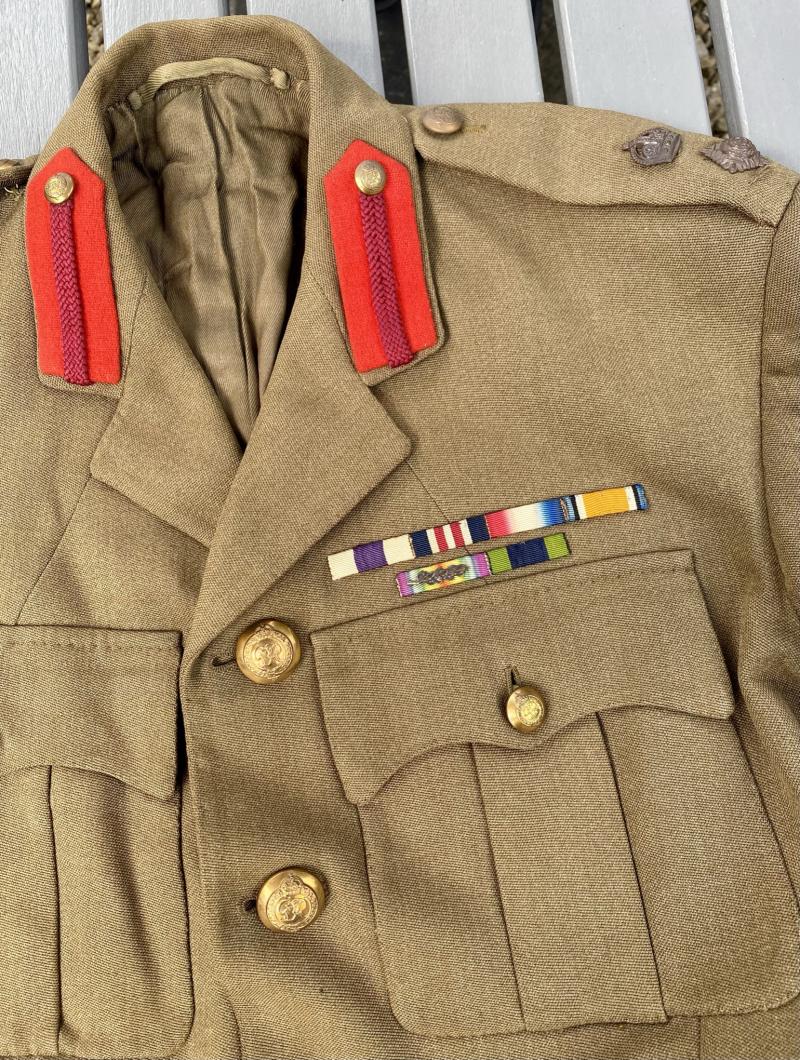 Clean example of a pre-war Service Dress jacket to an unidentified Lieutenant Colonel with an impressive medal ribbon bar including Military Cross, Military Medal and MiD from WW1, no doubt promoted from the ranks after his MM. Also saw service in India. Overall in very good clean condition apart from one hole on the front fly which looks like a cigarette burn. There is also a code number insid... read more 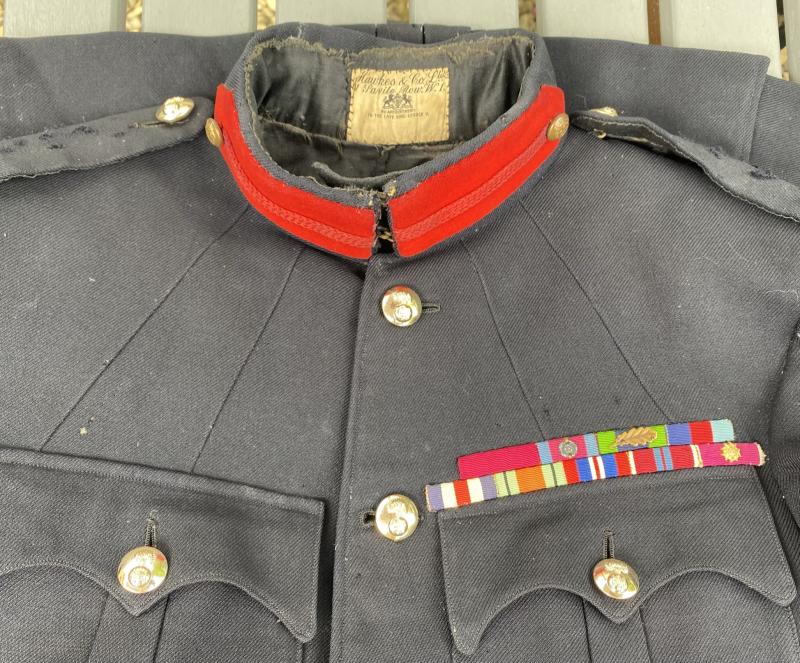 Label unclear but attributed to Maj.Gen. R.A. Bramwell-Davis CB, DSO*, Legion of Merit. He joined the Highland Light Infantry in 1925 being awarded an MiD in India. During WW2 he won the Distinguished Service Order twice whilst serving with 10th HLI in North West Europe, once near Nijmegen in Feb 1945 and again near Uelzen, Germany in April. He was also awarded the US Legion of Merit. Post war ... read more 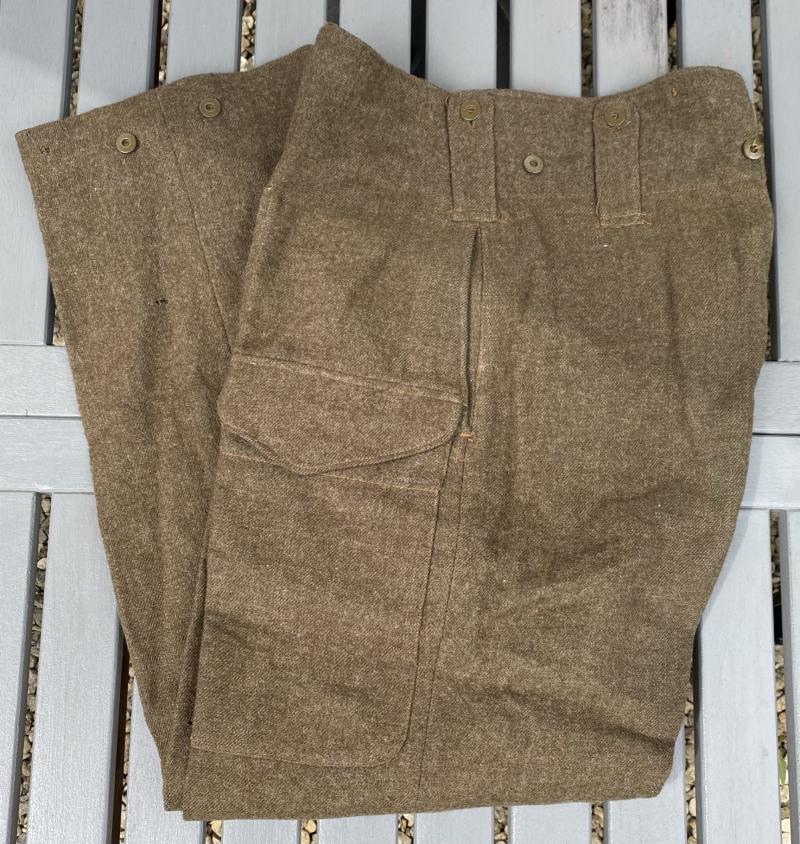 Clear maker stamps, size 11, dated November 1944. Very little wear but unfortunately the moths have been busy around the fly area and the lower left leg. Probably still ok for a mannequin or kit display. read more 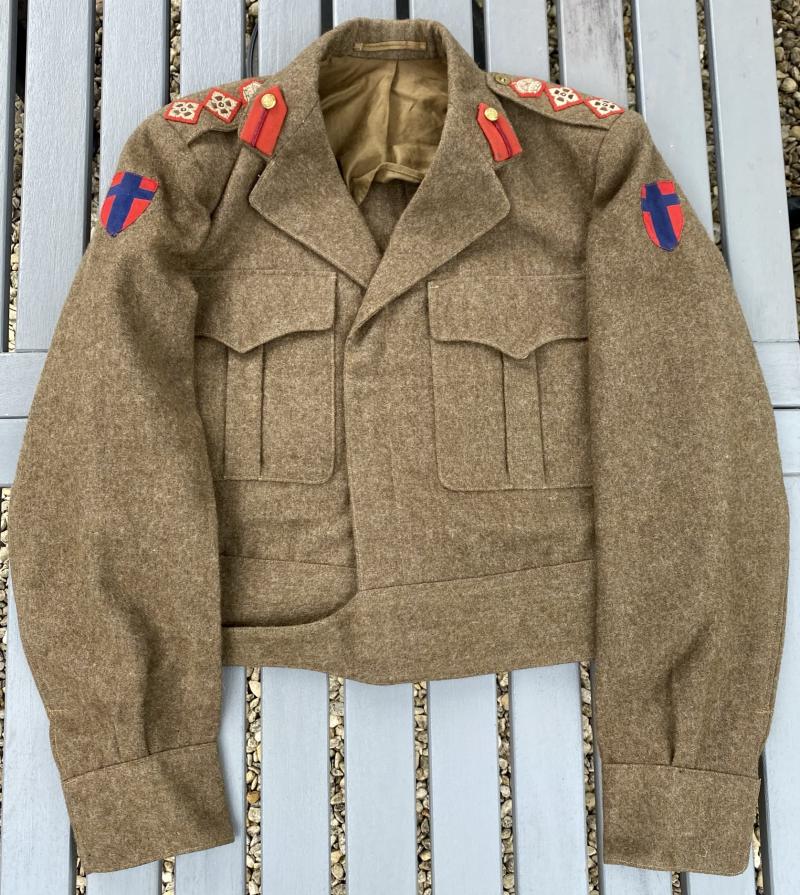 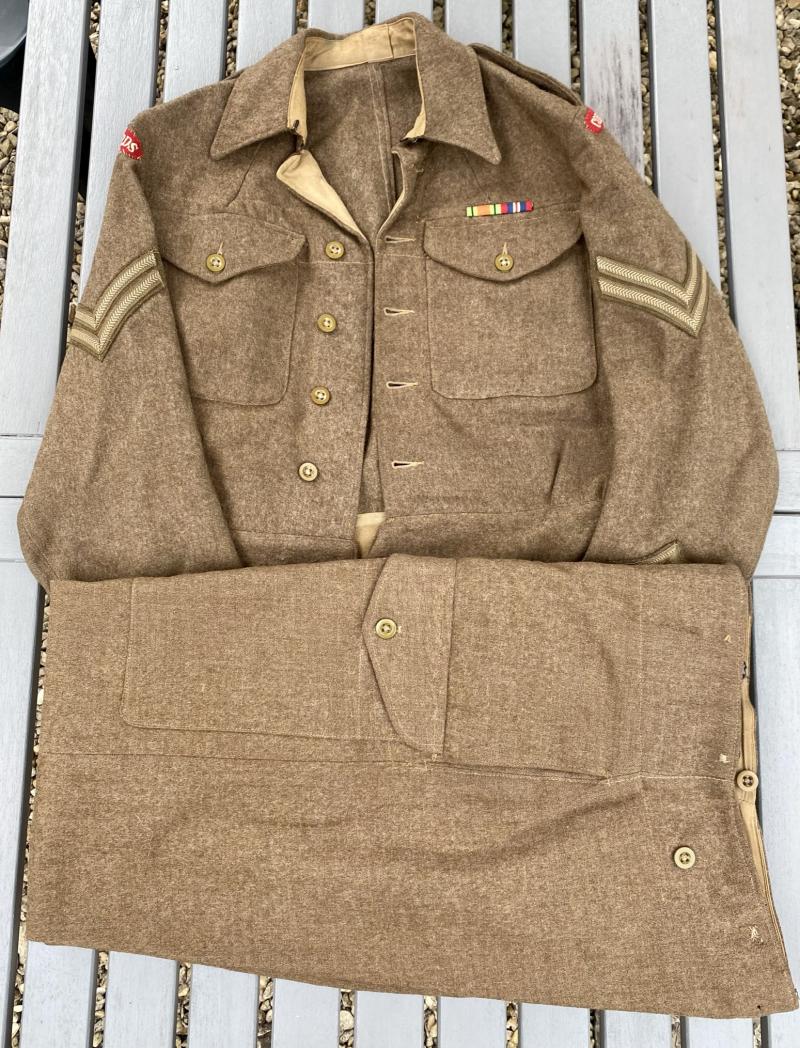 40 Pattern blouse numbered to the same soldier, blouse is dated 1946, trousers have Z over WD for 1945. Each sleeve has embroidered shoulder titles and Corporal’s chevrons with a long service stripe on the left cuff. WW2 Defence and War Medal ribbons above left pocket. Jacket is in good condition but unfortunately the trousers have the typical moth damage around the crotch area, nevertheless, a... read more 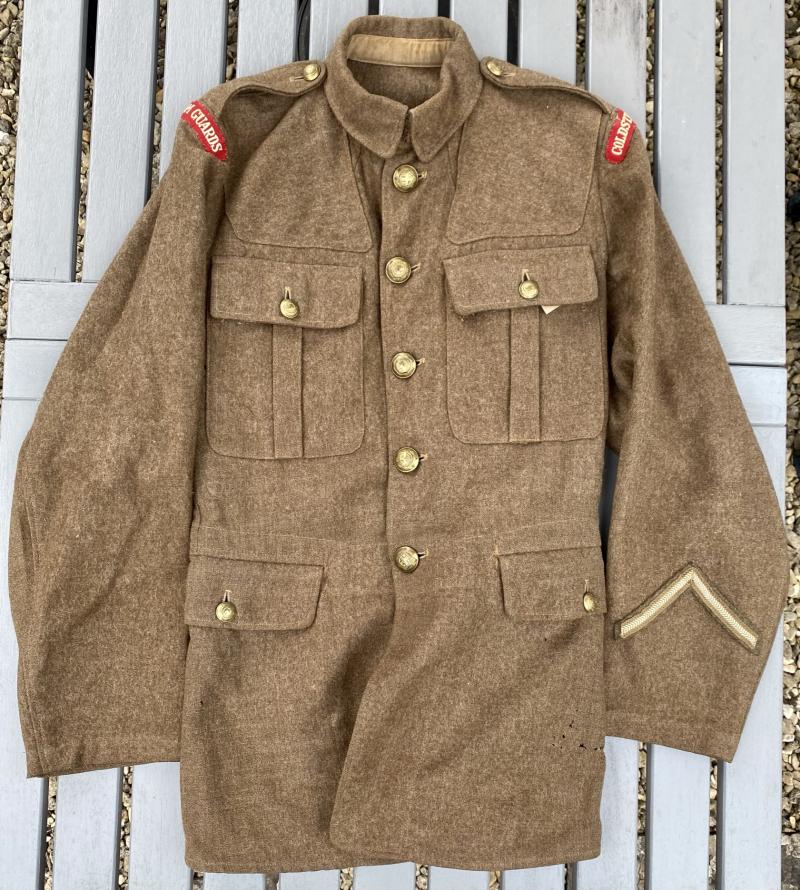 Fitted with brass regimental buttons and embroidered shoulder titles, good conduct stripe to the left cuff. Overall in very good condition but some holes around the lower left pocket area and in one shoulder title. Fairly clear maker label, size 13, and dated 1942 with P over WD. Three London Underground tickets were in one of the pockets. Came with the 40 pattern CG set above read more 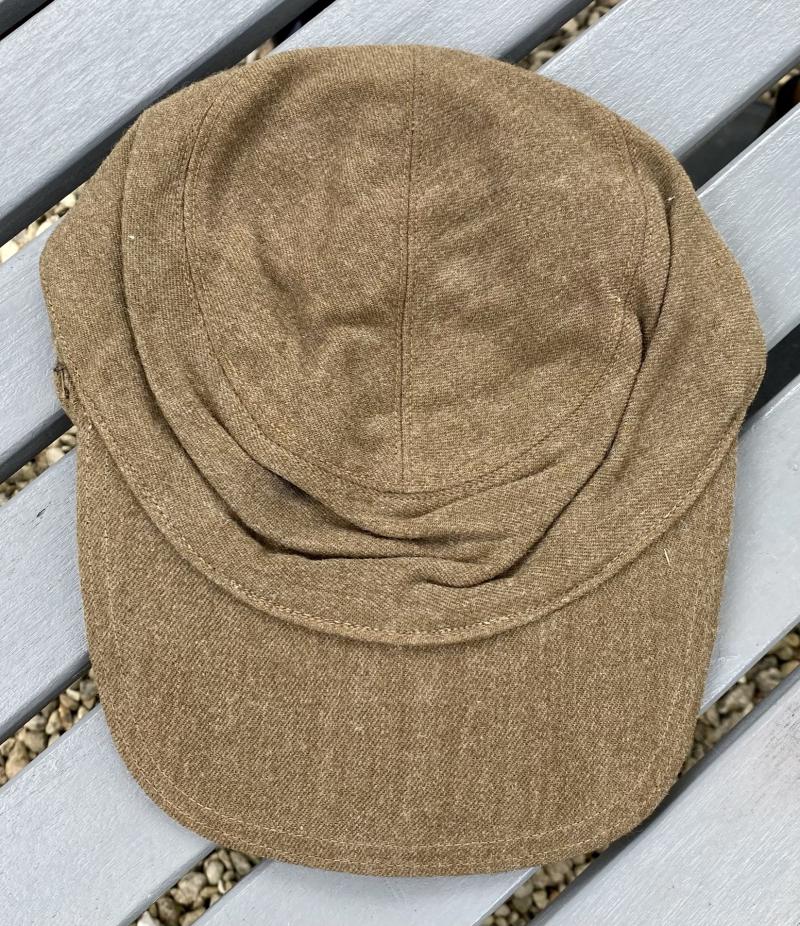